This is a project on the LGBTI+ activism in Diyarbakır from the early 2000s to the present, which is written and staged by Nadir Sönmez.

Previously, Nadir Sönmez visited Diyarbakır as a resident artist for "Daire" guest artist program organised by the K2 Contemporary Art Association. Within this project, he visited the city for a longer period to meet with LGBTI+ activists, academics, artists and people living in Diyarbakır.  He researched the history of the recent LGBTI+ movement in Diyarbakır under the consultancy of Mordem Sanat and Barış İçin Kültürel Araştırmalar Derneği. Then, Sönmez wrote, staged and performed a one-man theatre play inspired by the interviews he made and the information he acquired. In the staging of this play, he also used videos documenting his time in Diyarbakır.

The play was performed five times in Diyarbakır, with additional performances in Mardin with the support of Mişar Art. The play was also be performed in Istanbul within the framework of the Fringe Festival.

Sönmez also shared articles on the process of the project at his personal website. 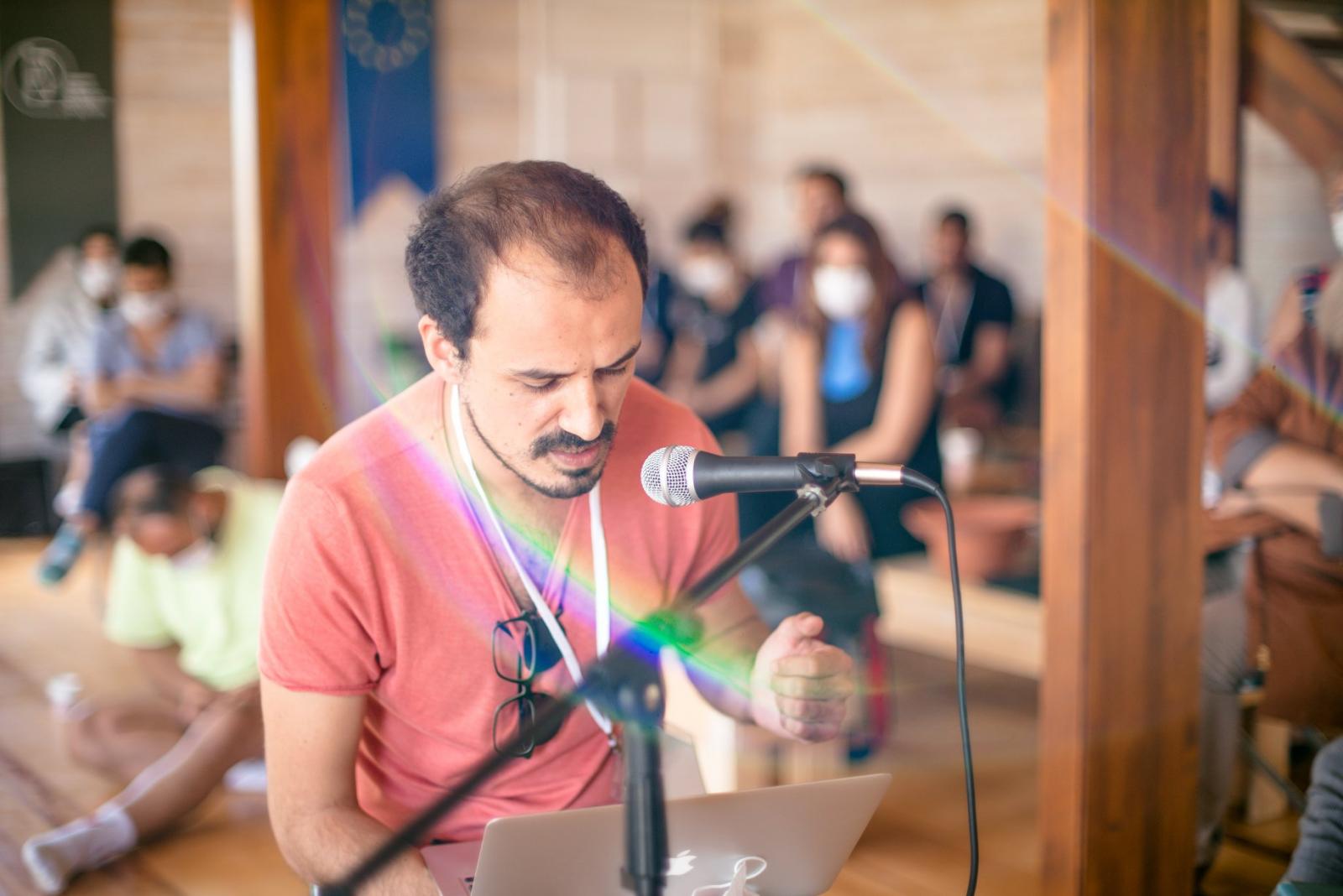 Actor, writer and director Nadir Sönmez, studied theatre at Paris III Sorbonne Nouvelle University and has an MA on acting from Kadir Has University. He is currently a PhD candidate at the Istanbul University Theatre Criticism and Dramaturgy Department.

He wrote, directed and acted in the plays "Ok" (2017 - Pera Museum, 2021 - Sabancı Museum) and "But" (2019 Istanbul Fringe Festival, 2021 Dresden European Festival for Young Stage Directors Festival). He realised a digital performance project called "Murder of the Male" at the 2020 Istanbul Fringe Festival. He wrote, directed and acted in the short film called "New Releases" for the Borderline Offensive Project, realised in partnership with Anadolu Kültür and funded by Creative Europe. In 2021, he was accepted to the Trame artist residency program of Cité Internationale des Arts, Paris. He staged the reading of his theatre play "Sons of Heterosexuals” written in French. He recently completed his first feature film "But" which can be viewed on Mubi.